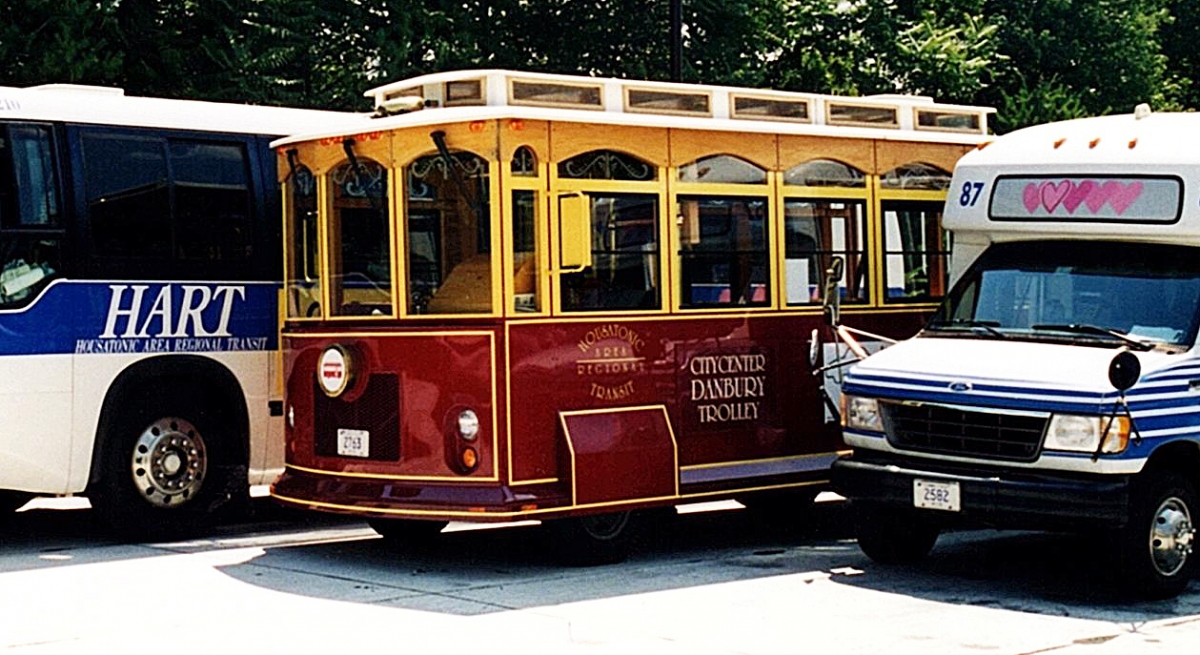 HARTransit: marking 50 years of service in 2022

Congratulations and best wishes to our teams, past and present, for all HARTransit has accomplished over the past 50 years.
We’re excited to embark on the next 50!

In the late 1960’s, there were widespread failures of privately-operated bus and rail transit systems. Greater Danbury was no exception, with the Danbury Power and Transportation Company’s decline and eventual sale of the bus franchise in 1965. Reduced bus service operated for another two years under other owners, then ceased altogether.

Five years later, Danbury and Bethel banded together to create the Danbury-Bethel Transit District. Bus service began operating by 1973 with funding from the City of Danbury and CT DOT and staff support through the Housatonic Valley Council of Elected Officials (HVCEO). The name of the District was changed to Housatonic Area Regional Transit in 1979 after the addition of other municipal members.